BECOMING MORE OF AN INNOVATOR IN YOUR DAILY LIFE 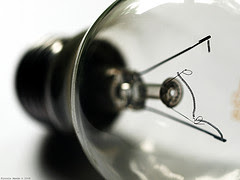 As far as I know, the whole idea of what I like to call "role-playing learning personas" has apparently been first broached by creativity guru Roger von Oech, when he outlined four specific roles as follows [in his book, 'A Kick in the Seat of the Pants', published in the mid-eighties;], which one can assume in the process of expanding one's mental horizons, &/or generating multiple viewpoints, while looking at a problem situation, or business issue:

I have already talked about this in an earlier post.

- When it's time to seek out new information, adopt the mindset of an Explorer. Get off the beaten path, poke around in outside areas, & pay attention to unusual patterns.

- When you need to create a new idea, let the Artist in you come out. Ask 'what-if' questions & look for hidden analogies. Break the rules & look at things backwards. Add something & take something away. Ultimately, you'll come up with an original idea.

- When it's time to decide if your idea is worth implementing, see yourself as a Judge. Ask what's wrong & if the timing's right. Question your assumptions & make a decision.

- When you carry your idea into action, be a Warrior. Put a fire in your belly, eliminate your excuses, & do what's necessary to reach your objective.

[Readers can read more about them in their respective corporate websites.]

Last, but not least, came the world-known IDEO design people with their book, written by Tom Kelley, entitled 'The Ten Faces of Innovation: IDEO's Strategies for Defeating the Devil's Advocate & Driving Creativity Throughout Your Organization'.

Here's their battle-tested methodology of the 'role-playing learning personas', from their book:

He prototypes new ideas continuously, learning by a process of enlightened trial & error; also, takes calculated risks to achieve success through a state of "experimentation as implementation."

He explores other industries & cultures, & then translates those findings & revelations - via mixing & matching ideas, people & technology - to fit the unique needs of the customer;

He knows that the path to innovation is strewn with obstacles & develops a knack for overcoming or outsmarting those limits, challenges & roadblocks;

He helps bring eclectic groups together, & often leads from the middle of the pack to create new combinations & multi-disciplinary solutions; more importantly, to get things done;

He not only gathers together a talented cast & crew but also helps to spark their creative talents, by marshalling all available resources;

He designs compelling experiences that go beyond mere functionality to connect at a deeper level with customers' latent or expressed needs;

He creates a stage on which innovation team members can do their best work, transforming physical environments into powerful tools to influence behavior & attitude;

He builds on the metaphor of a health-care professional to deliver customer care in a manner that goes beyond mere service;

10. The Storyteller or Tale Blazer [to borrow the term from my good friend, Dilip Mukerjea], :

He builds both internal morale & external awareness through compelling narratives that communicate a fundamental human value or reinforce a specific cultural trait;

According to IDEO, people who adopt the "role-playing learning roles" are humble enough to question their own worldview, & in doing so, they remain open to new insights every day.

Take on one or more of these roles, as outlined in the foregoing, & you'll be taking a conscious step toward becoming more of an innovator in your daily life.

Come to think of it, one can also adopt the 'Problem Walkabout' approach, apparently drawing parallels from the four-quadrant brain profile of Ned Herrmann, as conceived by John Kruithof [in his book, 'Thinking Quality, Quality Thinking'], as follows:

- look at it analytically & rationally, taking a bottom-line view;

- look at it conservatively, taking a detailed procedural view;

- look at it emotionally, taking a people-oriented view;

- look at it intuitively & conceptually, taking a big picture view;

I have already talked about this approach in an earlier post [in the 'Optimum Performance Technologies' weblog].
Posted by Say Keng LEE, KNOWLEDGE ADVENTURER AND TECHNOLOGY EXPLORER at 9/16/2009 10:22:00 AM