This is the Age of Competitive Intelligence!

It has given birth to The Learning Economy. And thus, the need for Human Resources, humans standing in reserve, waiting to be used, has been replaced by the need for Resourceful Humans! 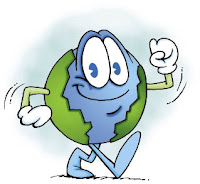 In a globally interlinked world, business success is based on cognitive success. Cognitive has two equally significant meanings: “to know” and “to beget.” When blended, these two meanings suggest that all birth is an awakening to knowledge. To know and to generate are inseparable.

Are the actions, transactions, and interactions of your business processes perpetuating the decaying status quo, or are they alive and infused with novelty, value, and passion?

Are your people able to convey unforgettably brilliant first impressions?

Does your organisation recognise that its lifeblood must be open communications of information:

If innovation is pursuing you it means that the rate of change outside your organisation is much greater than that within it. That spells trouble.

Today, innovation must trump bureaucracy, for red tape has morphed into red alert! The choice is clear: innovate or disintegrate.

Is The Red Tape The ONLY Thing That’s Holding Your Organisation Together? 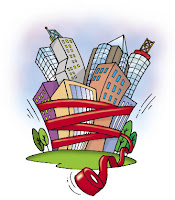 What are YOU doing about it?

[Excerpted from the 'Leadership, Learning & Laughter' edition of The Braindancer Series of bookazines by Dilip Mukerjea. All the images in this post are the intellectual property of Dilip Mukerjea.]

Although Dilip Mukerjea has written his essay from the organisational perspective, I am sure he has also intended that the pursuit of innovation applies in the personal setting.

I hold the view that, at the personal level, the pursuit of innovation, excellence as well as anticipation is the hallmark of peak performance & success achievement in today's rapidly-changing world.

This is the basic tenet of the 'Law of Requisite Variety', originally conceived by Dr W Ross Ashby from the world of cybernetics, which applies to both organisations & individuals.

Is The Red Tape The Only Thing That's Holding You Together?

What are YOU doing about it personally?
Posted by Say Keng LEE, KNOWLEDGE ADVENTURER AND TECHNOLOGY EXPLORER at 5/04/2009 07:13:00 AM