NEURO-NUTRITION: Discover How to Keep Your Mind & Body Sharp & Nimble

When a person persists in eating white flour and white rice, they can become weakened and less resistant to disease.

When rice is processed, all of the outer layers, the husk, and the germ, are discarded leaving only the central white part consisting of carbohydrate and some protein. The final polishing of the white rice with talcum powder or glucose removes any last trace of minerals, B vitamins and most of the protein.

Whole grain rice (brown rice) has only the indigestible husk removed; all the nutrients remain. Whole wheat flour, as opposed to white flour, is strongly recommended.

Note: If grain is “whole” it means that although it has been flattened, flaked, or made into flour - no part of it has been removed. 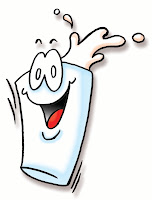 Some specialists believe that cow’s milk is designed for baby cows, not for baby humans.

Dairy foods only entered our diet around 10,000 years ago, when humans started to pen animals and to grow crops.

We are designed for human milk. Cow’s milk contains casein, which is very dense and hard to digest. Even calves, when weaned, grow to maturity eating nothing but grass ~ amazing, but true, they do not need milk for growth.

Goat’s milk is a bit more digestible for humans. And wonder of wonders, the closest milk to our own is donkey milk!

There are several other problems that make milk problematic, such as incompatibility of casein with stomach acid, babies suffering from cow’s milk protein allergy, respiratory tract infections in small children due to the ‘mucus forming’ tendency of dairy products, and because of milk being rich in saturated animal fats, it favours a metabolic byproduct called arachadonic acid, which in excess, is an inflammatory substance. As a result, it is implicated in inflammatory problems such as eczema and asthma.

New research is revealing several more alarming issues about milk, so be warned.

[To be continued in the Next Post. Excerpted from 'Unleashing Genius with the World's Most Powerful Learning Systems', by Dilip Mukerjea.]
Posted by Say Keng LEE, KNOWLEDGE ADVENTURER AND TECHNOLOGY EXPLORER at 7/06/2010 04:16:00 AM