[An extract from my other weblog, 'Optimum Performance Technologies':] 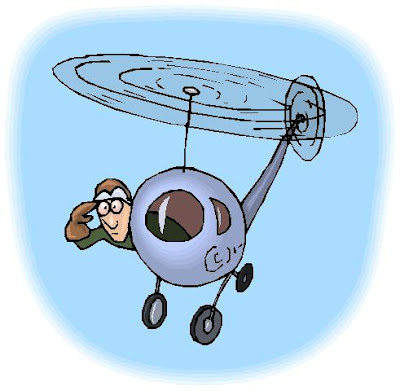 Whenever I go down to Orchard Road &/or even all the way up to the Suntec City Convention Centre from my residence in Jurong West, I often hop on to the SBS Transit Express Bus Service #502, which normally takes about 35-40 minutes to hit the beginning section of Orchard Road i.e. Orchard Hotel.

The public transport service route as mentioned is regularly served by single-decker buses, especially during off-peak hours. During peak hours, like the early mornings as well as peak evenings, I have noticed that the route is served by double-decker buses, in order to carry the expected larger passenger volumes.

Since I often travel on public transport during off-peak hours, & of course also depending on my ultimate destination, very rarely do I have the chance to hop on to a double decker bus.

Yesterday evening, close to 5pm, & on the way back from Plaza Singapura at the tail end of Orchard Road to Jurong West, my wife & I had the opportunity to hop onto a double decker. We went up to the front seat on the upper deck.

We have travelled on the same bus route probably hundreds of time, but most of the times on a single-decker bus.

From the upper deck, we realised that our panoramic view was very different. An elevated viewpoint certainly gave us a larger vista. 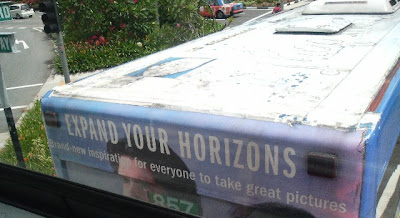 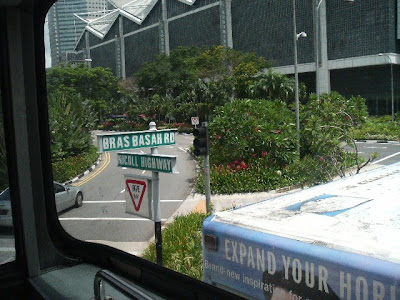 In fact, our visual horizon was further, unobstructed in many ways, when compared from the almost street-level viewpoint of a single-decker.

Comparatively, at almost street-level, our panorama from the bus window seat is restricted, & occasionally blocked by taller & bigger objects, even at distant view.

For example, oftentimes when I passed the Raffles Town Club on the junction of Steven Road/Dunearn Road on my left, I could not see what was behind the concrete fence.

Yesterday, I could see that there was actually a landscaped garden shielded from public eyes by the wall.

Also, I realised there was a large pond alongside the Pan-Island Expressway, just after the Adam Road exit, on my right.

There were other interesting examples, at least from my personal curiosity standpoint, but too numerous to highlight here.

My point is that an elevated position does give one a much broader perspective to look at a scene.

Metaphorically, an helicopter ability facilitates our ability to see the world afar & anew.

Just like an helicopter, considered one of the most versatile air-crafts on earth, which has the ability to take off & land vertically, as well as hover, which in turn gives it the capability & flexibility to manoeuvre in & out of hard-to-reach areas, we can adopt a series of elevated viewpoints that allows us to see the forest from the trees, so to speak.

Sometimes, when we stay too close to the ground, especially when appraising a situation or a problem, we tend to be oblivious to what's really happening out there in our immediate surroundings.

This is not to say that we should not stay grounded, as a feel of the pulse on the ground is also important in any situation appraisal.

What I am saying is that, we got to occasionally detach ourselves from the ground level, & raise ourselves above it, in order to see further, & maybe beyond what's really happening around us.

An open-up vista can certainly engender an expanded mental perspective.

After all, every moment of our lives is governed by our perspective. Whichever vista we use to view an experience with will determine how we see it, how we feel it, & how we react to it.

Creativity is a matter of perspective. So is change leadership. We have to use a different vista to see the issue or problem.

In the ultimate, so much of life is a matter of perspective. We have to see things from different angles.

Actually, come to think of it & in the end analysis, an helicopter ability is all about seeing the world, projects, problems & challenges in fresh & unique ways.

It's about being open-minded, spontaneous, inquisitive & hungering to explore new & better possibilities.

No wonder, Minister Mentor Lee Kuan Yew, while serving as our Prime Minister, has openly outlined his four primary characteristic traits he wanted in the appraisal of candidates as ministers.

One of them is the helicopter ability.

When Philip Yeo, one of Singapore's most brilliant high-powered road warriors in attracting foreign capital, was serving as Chairman of the Economic Development Board (EDB), he was confronted by initial problems in selling Singapore as an offshore petrochemical hub to global investors.

With a spark of inspiration, he actually took an helicopter ride to survey our few small offshore islands one day, which eventually led to the building & construction of the new Jurong Island, which came from the merging - via landfill - of seven small islets.
Posted by Say Keng LEE, KNOWLEDGE ADVENTURER AND TECHNOLOGY EXPLORER at 2/24/2011 11:31:00 AM

brilliant posting say keng, thanks! it is easy to talk about detachment and helicopter views, but to make it come so alive is masterful.
cheers to double decker buses, mindful passengers, and the literal and figurative helicopters available to us.
cheers, doug