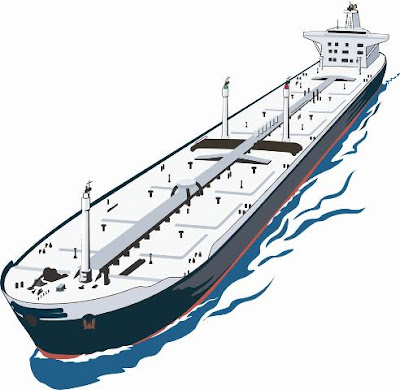 Human beings have reached a position of prominence as this planet's most creative living organism, but in numerous ways, we are inferior to so may other forms of life. We use less than one percent of our brain's capacity, and yet it seems as if we have accomplished so much.

When we investigate the innumerable skills and abilities of a simple bee or hornet, we realise how much more efficient they are in comparison to us, despite having only a handful of brain cells against the hundred billion that we possess.

The ability to apply logic in our thinking is essential, but it should not dominate our mode of operation when the need for creativity beckons. If we are not flexible in our view of the world, we become no different to a fully laden supertanker travelling at full speed, unable to stop at a moment's notice, even though the stop command has been given.

The supertanker would still be travelling forward for another twenty minutes or so, and a collision would occur if some object loomed up in its path within a few miles of having stopped her engines. To avoid a collision, the ship would require lateral leeway. Her momentum would be such that she would need time and distance before she could slow down and eventually stop.

In many ways, out style of thinking is similar, if not identical, to that of the supertanker. Armed with an innate belief that our viewpoint must be correct, that there could only be one answer to a problem, that disagreement should lead to dissension, we severely restrict our capacity to manoeuvre quickly.

Changing pace and direction in our thinking, at a moment's notice, is easily done, especially as children, but this ability get locked away 'under ice', as we become older. We must rediscover our talent for flexibility in thinking.

These days, a new innovation emerges every thirty seconds; the status quo changes constantly and swiftly. The future is predictable only in the shape and sense of its unpredictability. Societies need to invest in providing learning opportunities for the children that will take the reins of leadership in the new millennium.

Great geniuses like Leonardo da vinci and Albert Einstein constantly frolicked in a playground of ideas. This playground resided in their hearts and minds. By never assuming that what is must remain so, they allowed themselves to regularly come up with seemingly illogical notions, toying with them, chuckling at the beauty of infinite possibilities, eventually discovering or creating a new thought, idea, principle, law or device.

Students today are predominantly not permitted this luxury. They must study the finite contents of syllabi, regurgitate them during examinations, get their academic credentials via degrees and other accolades, and then enroll in the maelstrom of corporate life, often robotic, predictably leading nowhere beyond the salary every month.

Is this the purpose of education? How far will our degrees get us when what has been studied is no longer relevant in changed circumstances? We need to have the ability to manoeuvre academically if required. We need the capacity to mentally accept a state of continual relearning so that the future does not overwhelm us.

[Excerpted from 'Building Brainpower: Turning Grey Matter into Gold', by Dilip Mukerjea. All the images in this post are the intellectual property of Dilip Mukerjea.]

Please read my earlier post, entitled 'Strategic Nimbleness', in the 'Optimum Performance Technologies' weblog, in which I have offered a quick roundup of things to do in order to develop that knack for anticipating & preparing for changes.

By the way, & on a lighter note, another earlier post of mine, entitled 'Strategic Nimbleness, from Mother Nature', also in the 'Optimum Performance Technologies' weblog, is worth reading too.
Posted by Say Keng LEE, KNOWLEDGE ADVENTURER AND TECHNOLOGY EXPLORER at 4/02/2009 07:59:00 AM