A PICTURE SPEAKS A THOUSAND WORDS: The Triune Brain 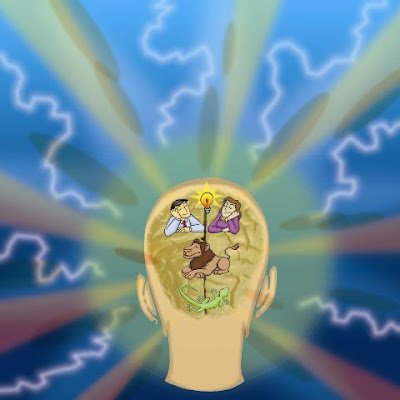 In a nut shell, the intriguing theory of the "triune brain" was postulated by Dr. Paul MacLean, a neuroscientist & psychiatrist, during the sixties to address the human brain's overall structure by dividing it in terms of three evolutionary parts, an idea that he termed the "triune brain".

In fact, he was also trying to reconcile rational human behavior with its more primal & violent side.

In addition to identifying the limbic system as the brain's centre of emotions, he pointed to a more primitive brain called the R-complex, related to reptiles, which controls basic functions like muscle movement & breathing.

The third part, the neocortex, controls speech & reasoning, & is the most recent evolutionary arrival.

In Dr. MacLean's theory, all three systems remain in place & in frequent competition; indeed, their conflicts help explain the extremes in human behavior.

The "triune brain" concept is today broadly accepted in neuroscience.

[All the images in this post are the intellectual property of Dilip Mukerjea.]
Posted by Say Keng LEE, KNOWLEDGE ADVENTURER AND TECHNOLOGY EXPLORER at 10/06/2009 07:38:00 PM