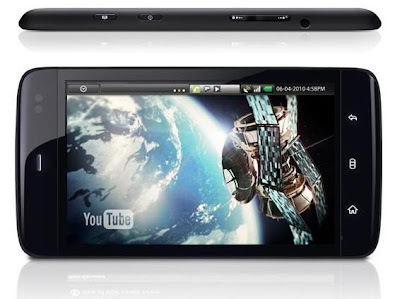 This is my new electronic toy, which I have recently acquired as a second-hand unit in Ho Chi Minh City. It was only three-months old when I bought it.

It's actually a 5-inch go-anywhere Android-based pocket tablet from DELL. It's called DELL Streak 5. It has practically everything a pro would need to stay abreast in today's world of accelerating change.

Naturally, it's also a 3G cell phone, with a wonderful array of novel & yet fascinating features to tickle as well as challenge the mind. [You can read more about it or obtain the technical specs from this link.]

Two years later, I got myself a Windows-based Samsung OMNIA II 18000 Smart Phone.

Not too long ago, I got myself what was considered as the world's first Windows-based phone ~ the HTC HD2, with that capacitive touch technology — one can zoom in & out of emails, documents & pictures with a simple pinch of one's fingers, & browse through emails or web pages with the lightest touch. [You can read more about it or obtain more technical specs from this link.]

Unfortunately, after less than a month of usage, I had accidentally drop it. It's now kaput! Luckily, it was a second-hand unit.

The Nokia set now serves as a spare, while the Samsung set still carries my Singapore roaming number. I am having my new Vietnamese number on the DELL set.

Looking back at all my electronic toys, I must say that it has been a stimulating journey of playful exploration, coupled with intellectual rumination, so to speak.

Each time, with fond memories of course, I have had to start off with a new learning curve, as I struggled to learn & to teach myself the new technological intricacies of each novel gadjet.

Undoubtedly, novelty stimulates the mind. However, the stimulation arising from having to deal with so much technological advances in hand-held communication devices of today also invariably brings one through agitation mode.

Dr Ilya Prigogine called it "perturbation", or more explicitly, the "Theory of Dissipative Structures" at work, for which the Belgian scientist won a Nobel Prize in 1977 for his brilliant work.

To put it in layman perspectives, I reckon American Associate Justice Oliver Wendell Holmes (1841–1935), was absolutely right, when he said:

"The mind, once expanded to the dimensions of larger ideas, never returns to its original size."

So, was German poet & philosopher Johann Christoph Friedrich von Schiller (1759–1805), too when he said:

My expanded mind is still reverberating from the incessant exposure of daily trials & errors with the Dell Streak 5. 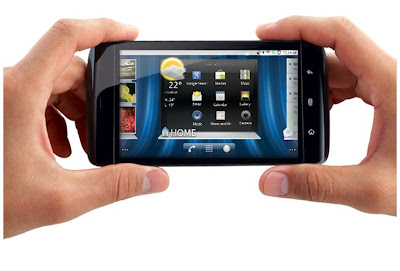