“Adventure is a path. Real adventure – self-determined, self-motivated, often risky – forces you to have firsthand encounters with the world. The world the way it is, not the way you imagine it. Your body will collide with the earth and you will bear witness. In this way you will be compelled to grapple with the limitless kindness and bottomless cruelty of humankind – and perhaps realize that you yourself are capable of both. This will change you. Nothing will ever again be black-and-white.”

In spite of what had happened in my case, which readers will read about shortly, I must say Skype is still a wonderful technological creation, especially with its video chat facility, which allows PC users to talk to each other at no cost to either party.

Because of my impending move to Vietnam, Dilip & I had tested it as an alternative to our regular face-to-face pow-wow at my place in Jurong West over the last two years or so.

Last week, while Dilip was in India & I was in Vietnam, [by the way, we are still where we were at this time of writing] we took the opportunity to use Skype to deliberate on a business proposal to a very important entity in Singapore.

We went though some eight rounds of pow-wow via two-way communication over Skype.

Dilip finally got down to finalising the business proposal, which involved the design & drating of a large, visually illustrative synergy map, following several iterations from Dilip's artistic virtousity.

It was designed to show how two business entities could work together to build on each other's assets & resources to create delight for endusers around & across the world, using the World's Most Powerful Learning Systems, as envisaged by Dilip.

The video display was generally OK, voice quality was acceptable, but there were numerous intermittent glitches like Dilip could hear my voice loud & clear, but at my end, I couldn't hear him at all. Sometimes, he could only hear only part of my beginning voice outputs, & had to figure out on his own what I was saying.

Of course, these were the real frustrating moments for me as I had to repeat several times what I had said earlier via the system.

Despite all the fiddling on my part, I couldn't resolve the problem.

Nonetheless, toward the end, we were both sure glad that we had finally completed our little project.

All I can say is that technology is never an idiot-proof thing.

Until now, I still don't quite undertand what had happened with the glitches as described.

My computer system, a DELL INSPIRON notebook, was running on 3G wireless broadband from Vietnam. My headset was more or less state-of-the-art piece, which I had deliberately brought from Singapore.

Skype also had an audio/video self-test which had shown my system to be perfect. For me, it was amusing to hear one's own voice during the test. By the way, Dilip's nephew in India said he loved to hear my voice.
Posted by Say Keng LEE, KNOWLEDGE ADVENTURER AND TECHNOLOGY EXPLORER at 9/27/2010 11:00:00 AM No comments:

Email ThisBlogThis!Share to TwitterShare to FacebookShare to Pinterest
Labels: Skype

"To be an original thinker is to be a scout on new horizons, an adventurer into new domains, a perpetrator of inspiration, a leader of thought & heartfelt action..."

~ Jan Phillips, author of 'The Art of Original Thinking: The Making of a Thought Leader';
Posted by Say Keng LEE, KNOWLEDGE ADVENTURER AND TECHNOLOGY EXPLORER at 9/20/2010 08:58:00 AM No comments:

As my good friend, Dilip Mukerjea, has been writing, consulting & coaching vigorously & furiously over the last ten years, he is now on a badly-needed one-month sabbatical in India, to recharge his batteries & fine-tune his engine.

As for me, I am busy with my relocation logistics to Ho Chi Minh City, Vietnam.

So, in the meantime, there will be intermittent postings in this weblog.
Posted by Say Keng LEE, KNOWLEDGE ADVENTURER AND TECHNOLOGY EXPLORER at 9/13/2010 06:58:00 AM No comments:

Email ThisBlogThis!Share to TwitterShare to FacebookShare to Pinterest
Labels: Announcement

BOOK TO TANGO with BRAINDANCING

If you are contemplating on reading one of Dilip Mukerjea's books as a preambulatory exercise, prior to signing up for his 'Braindancing' seminar under the auspices of the Singapore Institute of Management in 2011, I recommend the following book: 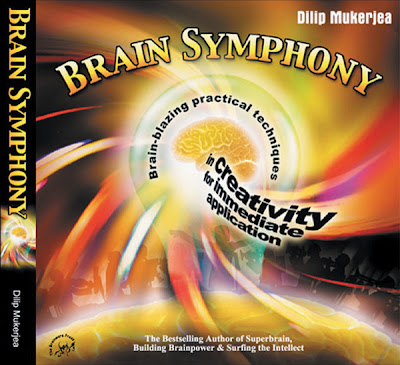 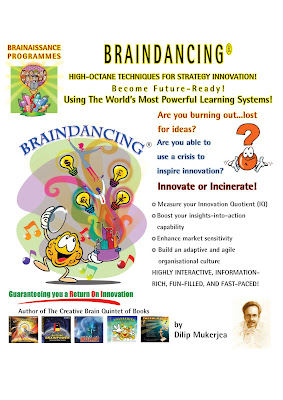 Please bear in mind that the book was written a few years ago. Dilip has in fact incorporated many of his newer intellectual creations - especially in terms of practical tools for immediate application - within the newly-revamped 'Braindancing' program for 2011.

[In reality, 'Brain Symphony' replaces an earlier book by Dilip entitled 'Braindancing', which was written & published during the later part of the nineties.]
Posted by Say Keng LEE, KNOWLEDGE ADVENTURER AND TECHNOLOGY EXPLORER at 9/05/2010 09:09:00 AM No comments:

If you are contemplating on reading one of Dilip Mukerjea's books as a preambulatory exercise, prior to signing up for his 'Building Business Brainpower' seminar under the auspices of the Singapore Institute of Management in 2011, I recommend the following book: 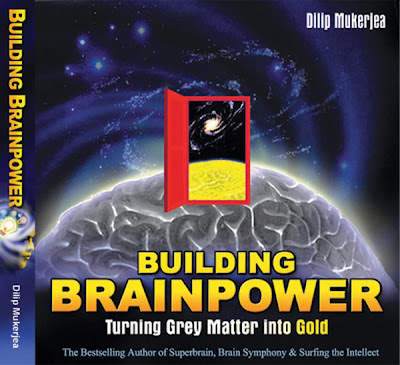 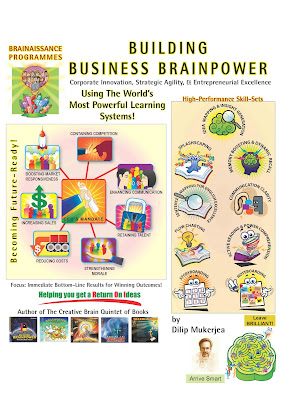 Please bear in mind that the book was written a few years ago. Dilip has in fact incorporated many of his newer intellectual creations - especially in terms of High-Performance Skill Sets - within the newly-revamped 'Building Business Brainpower' program for 2011.

Enjoy your reading & exploration!
Posted by Say Keng LEE, KNOWLEDGE ADVENTURER AND TECHNOLOGY EXPLORER at 9/05/2010 08:49:00 AM No comments:

HUMOUR IS SERIOUS BUSINESS: Wisdom from Children through the Medium of Jokes 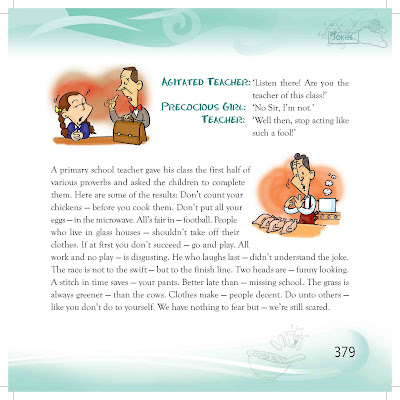 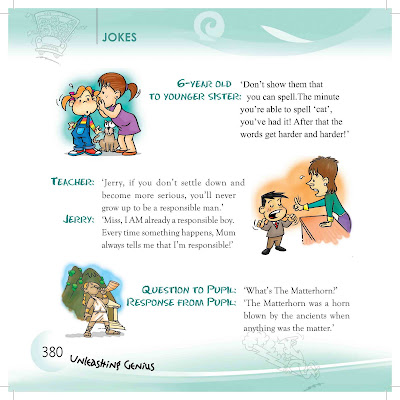 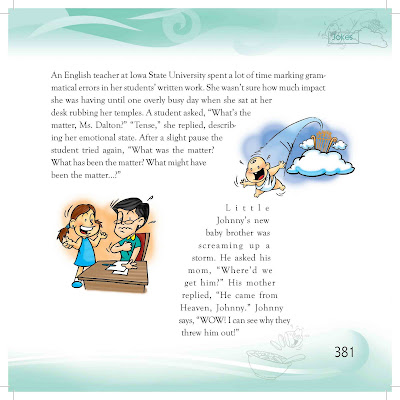 [to be continued in the Next Post. Excerpted from 'Unleashing Genius with the World's Most Powerful Learning Systems', by Dilip Mukerjea.]
Posted by Say Keng LEE, KNOWLEDGE ADVENTURER AND TECHNOLOGY EXPLORER at 9/04/2010 08:50:00 AM No comments:

Dilip has taken great pains to enhance the intellectual virtousity as well as the content management of his proprietary programs, which he has crafted & developed over a span of more than 15 years.

They will be marketed under the 'Brainaissance Programmes'. 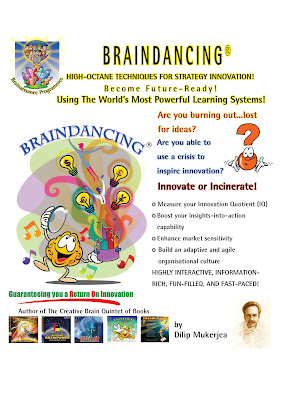 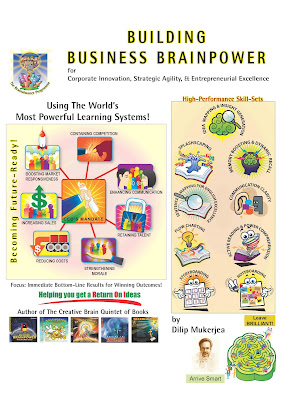 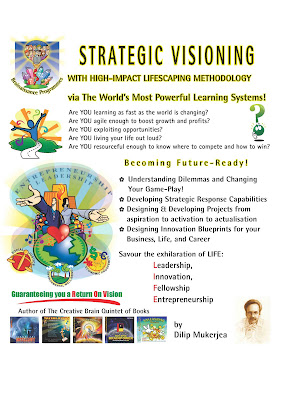 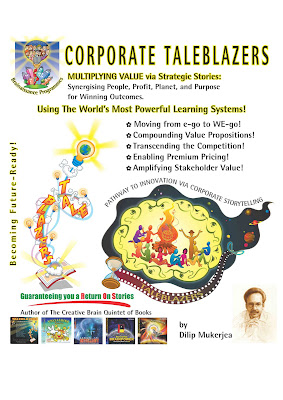 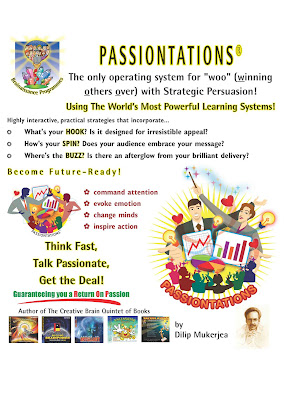 Currently, four of the foregoing programs are conducted under the auspices of the Singapore Institute of Management (SIM).
Posted by Say Keng LEE, KNOWLEDGE ADVENTURER AND TECHNOLOGY EXPLORER at 9/03/2010 06:33:00 PM No comments:

THE SUN & THE MOON VIEWED OVER THE NORTH POLE 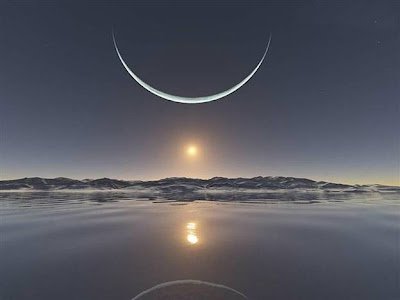 A social buddy of mine has sent me the foregoing beautiful snapshot of nature's brilliance.

It comprises a nature scene that you will probably never get to see in your lifetime.... This is the sunset at the North Pole with the moon at its closest point.

You also get to see the sun below the moon.

A truly amazing snapshot, and it's certainly one that is not easily duplicated.

I thought it would be a great idea to share it with my readers.
Posted by Say Keng LEE, KNOWLEDGE ADVENTURER AND TECHNOLOGY EXPLORER at 9/03/2010 03:27:00 PM No comments: 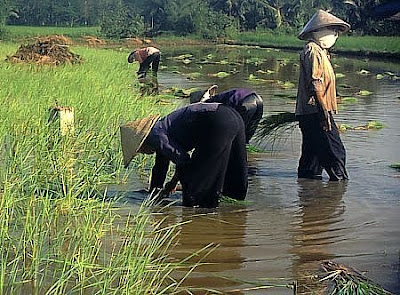 I am now in the deep heat of my relocation logistics to Ho Chi Minh City, Vietnam.

That's right... I am moving from the concrete jungle of Singapore to the vast hinterland of Indo-China, so to speak.

From now till the end of this month, I will be very busy... so the posting of my weblog will be somewhat intermittent &/or erratic.

A good friend of mine wrote back when I emailed him regarding my big move:

"... Thats a very interesting thing to do. To pack up and take a different road in Life now is very adventurous. May I ask what made you decide to relocate and what will you be doing there?..."

My decision to move to Vietnam was actually made five years ago, when I married May from Ho Chi Minh City.

Prior to meeting her, I had visited the beautiful country with friends, & I fell in love with it instantly. I was attracted by the slow pace of life, wholesome Vietnamese cooking, & the vibrancy, youthfulness & friendliness of the people.

To cut the story short, Vietnam offers the best option for me to stretch my retirement dollars.

In a nut shell, it will be an exciting phase of my life.

For my wife May, it will be 'Home Sweet Home!'.

For me, I am looking forward to big changes, novel experiences & exciting challenges.

I have actually set up a weblog - 'Bonjour Vietnam, Here I Come!' - to chronicle my relocation journey to Vietnam. I have just got it started... so, please give me some time to get it running smoothly. 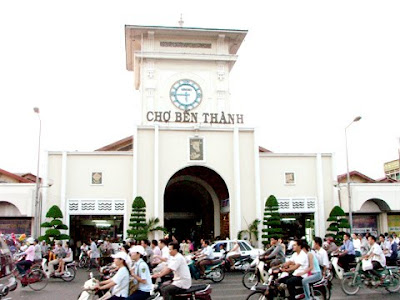 [The first photo shows farmers working on a paddyfield in the Mekong Delta.

The last photo shows the famous marketplace known as Ben Thanh Market, located in the perennially busy District 1 of Ho Chi Minh City (to the local folks, it's 'Saigon'), which is also a favourite "must-see" tourist attraction.]
Posted by Say Keng LEE, KNOWLEDGE ADVENTURER AND TECHNOLOGY EXPLORER at 9/02/2010 01:17:00 PM No comments: