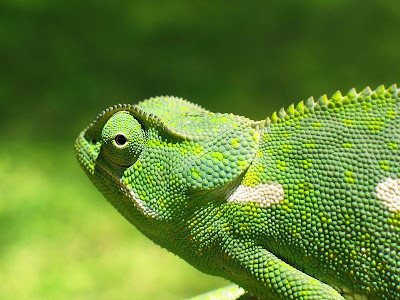 I am taking the liberty of pulling out some "raw" but "rich" ideas from Dilip Mukerjea's work-in-progress, tentatively entitled 'Innovation Ecosystems Lifescape'.

"Limits are the platform from which innovation springs in nature.

As each stage of development reaches its limits, new creativity emerges. If this innovation is adequate to the challenge presented by the limits, a more capable species or a richer ecosystem results. If limits are removed — for example, if fire is repressed — even a complex forest may be destroyed, because other limits that had been held in check finally impose themselves in force.

The most valuable resources of the rainforests are not the trees or other physical resources but the relationships, the complex array of designs.

Ecosystems are not isolated entities with impenetrable borders. Every ecosystem is nested within, borders on, or overlaps with other systems.

When ecosystems overlap without nesting within one another, they define an ecological verge on which they may engage in a kind of battle.

A verge is a rich mixture of ecosystems that happens where two distinct forms meet with each other and begin to intermix. Often, two species seek to inhabit the same niche, but they will not be successful.

According to the competitive exclusion principle developed by biologist Garrett Hardin, at least one of the organisms must adapt or die. Thus, while nested systems may in effect cooperate, overlapping ones often foster competition. The competition often leads to co-adaptations in which the systems become interdependent, one bordering on or even nesting within the other.

Verges are places of conflict, but also of positive change. They bring together diverse systems and set the stage either for their integration or for their destruction.

The world has been forced to shift focus, from the industrial economy founded on the use of machines to multiply human muscle, to a more information-based economy with the capacity to expand the human mind.

Three forces are compelling this convergence: environment, technology, and values:

In the rainforest, nature uses feedback to “close the loop.” In the face of limits, feedback triggers adaptations that lessen or make an end-run around physical constraints.

In business, we are much like a deaf and blind skydiver.

In the rainforest, the evolution of every creature is shaped by feedback, adaptation, and learning.

The processes of breakdown and buildup in living systems are called their metabolism.Within every living system, from a forest to a cell, raw materials are drawn in and broken down into simpler forms in a process biologists call catabolism.

Then, inside each cell, enzymes, cellular factories, or other agents take the pieces and rearrange them in more complex forms — a process called anabolism. In this process, certain values are lost, traded for new ones that yield a new whole. In other words, new resources are gained as others are lost.

If all forms of life were linked together in simple food chains, they would quickly run out of resources. Conversion rates are extremely low: Often 1 percent or less of the caloric content of one link is converted to calories by the next.

This entire three-link food chain ends up “wasting” 99.99988 percent of the original energy of the sun. Are we wasting corporate innovation resources in the same way?

How does nature overcome such extreme wastefulness?

In a web, energy “wasted” in one process isn’t really lost. It just shoots of to the side, where nature tends to put it to its best local use, in whatever form it’s in. Thus webs contain vastly more connections than classic descriptions of food chains.

Most species eat or are eaten by ten to 1,000 other species.

Resources cascade through the web as they are transformed back into their simplest forms and are drawn back through the web again as they meet and combine with other resources to take on more complex forms, in an endless nonlinear flow. These resources do not usually cycle back into the same forms, since that would require the consumption of more energy to transport and reform them.

Instead, they are taken up in their present form, to fill a local need to which they are already suited. This could inspire Innovation Chains that come together to form Innovation Webs within organizations.

All pollution and all waste is lost profit.

The Achilles heel of the industrial economy is the linear system that is its principle profit driver.

Industrial companies in essence take raw materials and fuels from nature, cycle them through the economy as products, then throw them away as garbage. This is an “open loop” system, a linear food chain that exploits nature’s resources and leaves only waste at both ends.

Value doesn’t come from physical resources per se, but from their design. All fossil fuels and other raw materials are made from the same fundamental components. It is the design of these resources, not simply their physical content that gives them their value.

Similarly, businesses don’t create value by consuming materials but by combining them into forms that yield new qualities.

Eliminate everything that doesn’t deliver value, and you can maximise both economic and environmental performance.

Matter is like paint to the painter; it is neither the source of value nor the inspiration, but only the medium to express it. Ford’s vision, his breakthrough innovation, was to use machines to make machines.

Thus, Henry Ford’s breakthrough – his assembly line system – was so efficient that it drove down the cost of cars, leading to dramatic boost in his volume, the economic equivalent of replication.

Ford’s sales success led in essence to the company’s selection by the economy and forced his competitors to either adapt in response or leave the market.

One of the most significant costs of the assembly line was the human cost.

By removing brainwork from the factory floor and centralising it at the top of the machinelike structure of the business, Ford ultimately undermined the resilience of his design. His system lacked a quality essential to long-tern sustainability: the ability to foster dynamic, continuous change and improvement.

As a result, Ford was slow — very slow — to develop a manufacturing system with the capacity for learning and continuous improvement.

The most valuable forms of capital in the learning organizations are knowledge, gained through feedback and learning, and changes in design — that is, adaptation.

Create more than you consume … use limits as a springboard to abundance!"

The subversive idea at the centre of Dilip's writings here is that Mother Nature is the logical playground of new insights.

She has long been the originator - inventor - of much of the technology & engineering we use today. Just sit back & reflect when you play with your cellphone or notebook.

In other words, she has been modern technology's first teacher. Our master teacher, to be more precise!

A case in point: studying the dirt repellent surface of the lotus - an age old symbol of purity in Asia - rising spotless out of muddy water led to the invention of self-cleaning glass as well as concrete.

As a matter of fact, many of Mother Nature's simple rules, so to speak, can be used as a basis for strategy & execution.

I was in fact intrigued by Dilip's perspectives, not least because they chimed with a conviction that had been growing in my own mind as I pondered over my own intellectual explorations with biomimicry, sustainability, as well as "the innovative power of intersectional or verge ideas" from the brilliant work of R Buckminster Fuller, Wayne Burkan, Frans Johansson, John Hagel, John Seely Brown, Judi Neal & Joel Arthur Barker.

Anyway, I will share more about the latter in later blogposts. Please stay tuned!
Posted by Say Keng LEE, KNOWLEDGE ADVENTURER AND TECHNOLOGY EXPLORER at 7/07/2010 08:48:00 AM