THE FLUIDITY OF PERCEPTION: PERSONAL MUSINGS 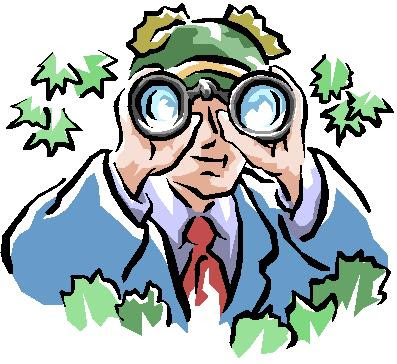 I am a perpetual student of the working mechanism of our daily thinking processes, irrespective of whether it has to do with critical, creative or strategic thinking as applied to business.

Whenever I come across interesting stuff in my reading that touches on thinking processes, I am always fascinated.

For example, I read this wonderful observation from Japan's legendary combat strategist during the 16th century, Miyamoto Musashi:

". . . In strategy, it is important to see distant things as if they were close, & to take a distanced view of close things."

What does it mean? As far as I understand it, our sensei was essentially pointing out the importance of the fluidity of perception.

Mental flexibility, in a nut shell, at least from the tactical perspective.

I always hold the view that the fluidity of perception or mental flexibility is very important in our personal lives, as well as in the workplace.

In the early years of my exploration into personal mastery & peak performance, one of the most productive learning experiences is the understanding of the basic functions of the human mind.

Despite its intricacies & idiosyncasies, the human mind has five basic functions:

Actually, there is a sixth function: Intuition.

So, as you can see, in order to change your communication, where one's thoughts are eventually put to work, true change can only take place in your perception.

As I recall, Stephen Covey hits the nail with this insight:

"Creativity starts at the perceptual stage of thinking. This is where our perceptions & concepts are formed, & this is where they have to be changed. Most of the mistakes in thinking are inadequacies of perception rather than mistakes of logic."

In fact, he goes further to say:

"The reasons that many opportunities pass us by is a perceptual one - we do not recognise an opportunity for what it is. An opportunity exists only when we see it."

"Everyone is surrounded by opportunities. But they only exist once they have been seen. And they will only be seen if they are looked for."

If one scans through every success literature in print, one can quickly realise that one of the primary hallmarks of peak performance or success achievement is always the perception habit.

Interestingly, the HeartMath people, well-recognised in their pioneering research work on energy engineering & stress management, has concluded that stress, a phenomenon of our prevailing hard-pressed world, is essentially an issue of:

For me, I often like to interpret it as an inability on our part to see the world in "grey areas", that's to say, we are stucked in only "black & white".

As a result, we just can't let go of that overwhelming single perspective, & learn to explore & accept another perspective of the issue.

I also reckon that this issue has also got to do with the fact that we often waste our time thinking about certain stuff that we cannot change, rather than spending our thinking time about some stuff that we can change.

Just think about it, as a good example, we are all born without our permission, explicit or implicit, which is a certainty that we cannot change at all, & yet some of us like to blame our parents &/or the home environment, instead of exploring ways to attain a better life with who we are & what we have at our immediate disposal.

To ride on what Edward de bono has taught me, changing our perception & having multiple perceptions as well as maintaining the fluidity of perception, give us tremendous power to come up with more & better solutions.

Come to think of it, what I am talking about is quite akin to the following observation from novelist & poet F Scott Fitzgerald:

"The test of a first-rate intelligence is the ability to hold two opposed ideas in the mind at the same time, and still retain the ability to function."

I also like to take this opportunity to bring up a great example closer to home. 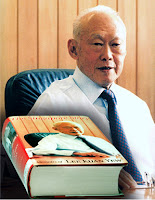 The way I see it, our beloved Minister Mentor Lee Kuan Yew, often recognised by other world leaders for his strategic geo-political insights as well as foresights, has often personally demonstrated what all the above-mentioned gurus have exhorted.

I reckon one of the most profound demonstrations was his all-encompassing selection criteria - stretching to both cognitive extremes - for ministers to serve in the government, which resulted in what all Singaporeans are very proud to call Our Home today:

- helicoper ability: the ability to rise above the immediate scene & see it from a total & overall perspective;

- realism: having one's feet firmly placed on the ground;
Posted by Say Keng LEE, KNOWLEDGE ADVENTURER AND TECHNOLOGY EXPLORER at 5/02/2009 11:17:00 AM