STRESS IS CERTAINLY NOT A GOOD IDEA 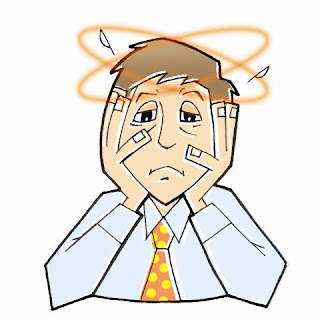 Stress equates with distress . . . Neither help with exhibiting prime learning or recall abilities. Stress raises blood pressure, as the heart and blood vessels react to emotions.

If we are constantly stressed, all the symptoms involved in blood pressure control become overworked.

It is thus very important to learn and practise stress-release techniques; some of these could be yoga, t'ai chi, aikido, breathing exercises, aerobics and meditation.

Modern research has given us cause to believe that people in their fourth decade onwards can retain only a perfect memory, but exude a tremendously high level of creativity.

There is nothing to stop them having "youthful minds", as seen in young people, where dynamic brain power, learning ability, creativity and emotional zest are commonly evidenced.

Recent findings have revealed that stress is directly related to the production of cortisol, one of the hormones secreted by the adrenal glands. Though not harmful in moderate amounts, chronic levels are toxic and found to be the primary cause of brain degeneration during the aging process.

Evidence suggests that excessive cortisol production over decades destroys the biochemical integrity of the brain.

It has now been found that cortisol robs your brain of its only source of fuel: glucose. This has a direct impact on the neurotransmitters - the brain's chemical messenger - which transport your thoughts from one brain cell to the next.

Disruption of neurotransmitter function, along with a slump in the brain's fuel supply, results in difficulties with concentration and memory.

In essence, cortisol over-production ruins hormonal balance, and throws the brain and nervous system into a tailspin.

[Excerpted from 'Braindancing: Brain-blazing Practical Techniques in Creativity for Immediate Application', by Dilip Mukerjea. All the images in this post are the intellectual property of Dilip Mukerjea.]

According to Ms Sanveen Kang, a clinical psychologist at Singapore's Institute of Mental Health [as reported in the Straits Times' 'Mind Your Body' supplement of 26th February 2009]:

'Never dismiss stress; instead, learn to cope and tackle the problems one by one.'

The supplement offers 40 great tips from local medical experts on how to hang loose, which readers can read more about in my earlier post in the 'Optimum Performance Technologies' weblog.
Posted by Say Keng LEE, KNOWLEDGE ADVENTURER AND TECHNOLOGY EXPLORER at 3/29/2009 06:58:00 AM